R-Motorsport have confirmed that Hugo de Sadeleer will join the team for the 2019 Blancpain GT World Challenge Europe and the Total 24 Hours of Spa-Francorchamps.

Hugo moves to GT racing after two highly successful years in prototype racing. He competed in the European Le Mans Series finishing 2nd in the championship in 2017. Hugo impressed with two race wins and a podium finish. In 2018 he finished third in the LMP2 class of the 24 Hours of Le Mans. He also gained valuable GT racing experience running in select rounds of the 2017 Blancpain Endurance Cup.

Hugo will be joined by Finland’s Aaro Vainio for the Blancpain GT World Challenge Europe and compete for the win in the Silver Cup. For the Total 24 Hours of Spa-Francorchamps, he will be joined by recently announced DTM driver Ferdinand Habsburg and Ricky Collard.

Hugo will next be in the brand-new Aston Martin V8 Vantage GT3 at the official Blancpain test days 13-14 March 2019 at Circuit Paul Ricard.

Hugo de Sadeleer, driver, R-Motorsport:
“I’m excited to move to GT racing and compete in two very different types of events. The Blancpain GT World Challenge Europe is all about sprints and 24-Hours of Spa-Francorchamps is an endurance team effort. The sprints are about being completely flat out during the entire duration of the race, whereas the 24-Hours will be about speed, stamina, reliability, and the best strategy. I’m really looking forward to tackling these very special challenges with what is one of the premier race teams in the world, R-Motorsports.”

Dr Florian Kamelger, Team Principal, R-Motorsport:
“We’re lining up with our team in the endurance and sprint cup for the first time ever and have a broad base of drivers to call on, made up of well-proven and successful individuals from last year as well as interesting and talented newcomers such as Hugo. The guys are all hungry for success and have a promising car in the new Aston Martin Vantage V8 GT3, with which we intend to fight for wins and the title with the full backing of the entire team.” 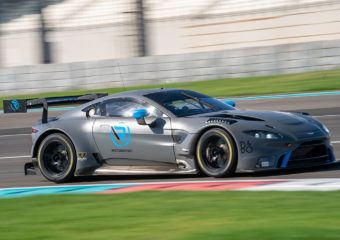 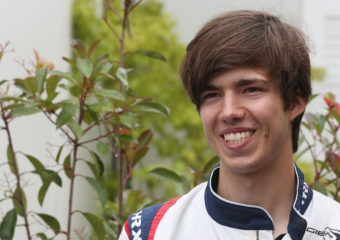