Hugo de Sadeleer is about to finish his second consecutive season in endurance, in ELMS in particular, on his Ligier JS P217 #32 of the Anglo-American Team United Autosports. The ELMS 2017 vice-champion reviews the season and talks about the progress he has made this year alongside renowned drivers such as Juan Pablo Montoya and Bruno Senna.

How would you assess your 2018 season in the ELMS?

“From the team’s point of view, it was a rather difficult season because the tires were not as well suited to the car as they were in 2017. We always had a great relationship with Dunlop, but we could no longer exploit them. It put us in difficulty during the qualifications sessions and, as this year, the plateau was more challenging, we were starting from a little further away! Panis-Barthez Competition’s pole position at Silverstone (which runs in Michelin, ed) impressed everyone and they were already on pole position in Portugal last year. Since then, we have moved to Michelin, it’s a decision of the team. We will draw conclusions after the final in Portimão, but we hope for better performances. On a more personal note, it’s a good year as I was able to establish myself as the leading driver in my car and was able to compare myself directly to Filipe (Albuquerque). We are in the same car, at the same time on the track. The work has paid off; I have made good progress. I hope to stay Silver; I don’t think my results are good enough to do without Gold!”

You have been in ELMS for almost two years. Do you have any regrets about having “turned” from single-seater to endurance?

“Not at all! Because of the exposure, it is easier to sell a season of LMP2 than GP2. The 24 Hours of Le Mans is the biggest race in the world and it helped me to find partners. It would never have happened in a single-seater. United Autosports gives me the best teammates in the world: Filipe Albuquerque (last year), Fernando Alonso, Paul Di Resta, Bruno Senna, Juan Pablo Montoya. It’s just incredible and it helps me a lot to improve as a driver. It makes me see how the best people work and it makes me grow up. If I had stayed in a single-seater, I certainly would have had less confidence. In addition, I am a Silver pilot, I am promoted. I hope to have a great career in endurance, but the doors of the sprint are not closed.”

“It was a great pleasure. I drove for 10 hours and it wasn’t easy, especially in the early morning when I was chasing Montoya’s time! It was good to see that I had reached that level. We knew we were better than last year, and we thought anything was possible. In addition, I have more maturity and I managed the events better, I was less stressed than in 2017 so I drove fast and had a lot more fun. Therefore, we finished 3rd, which is a good result!” 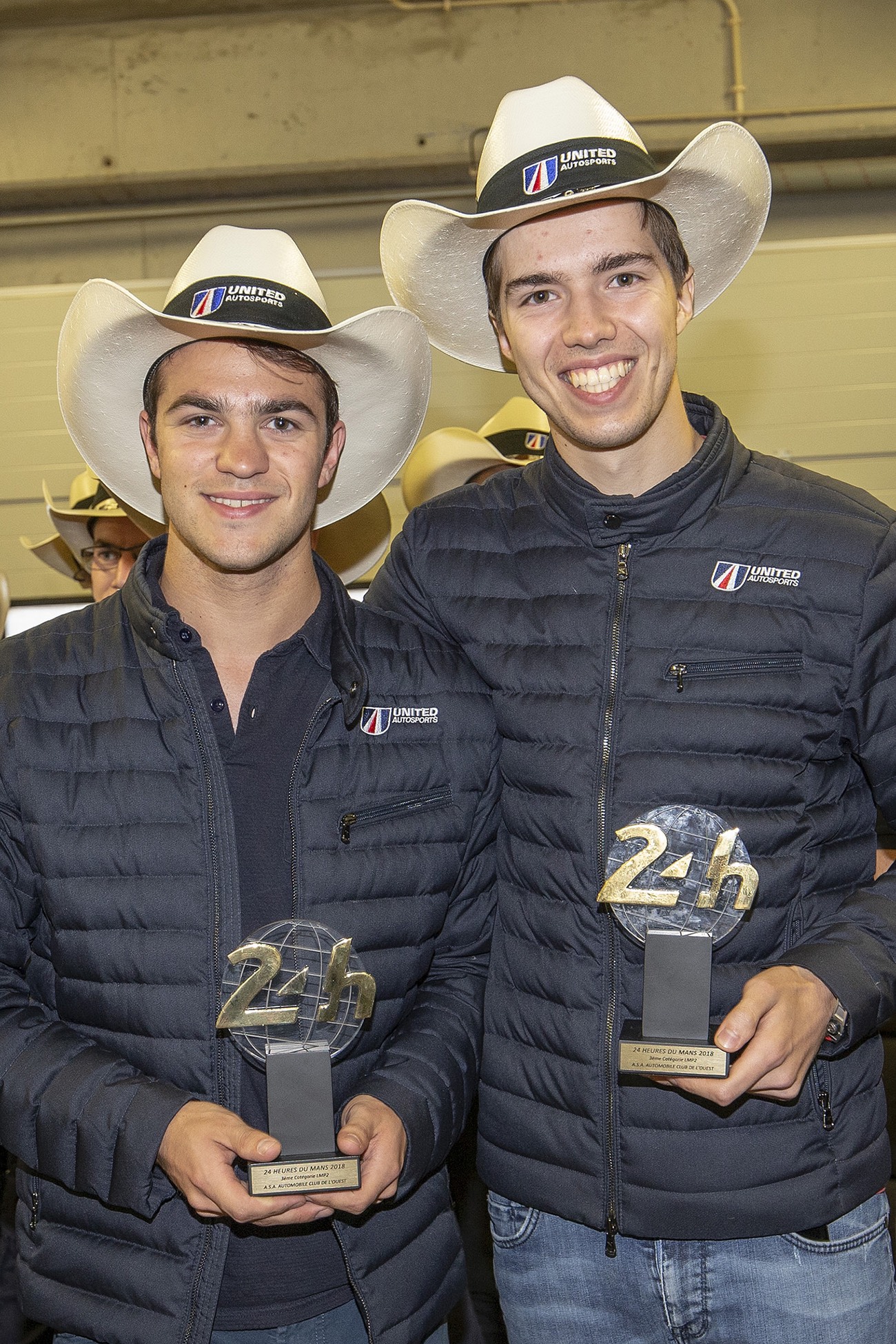